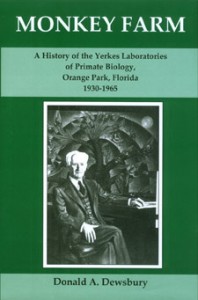 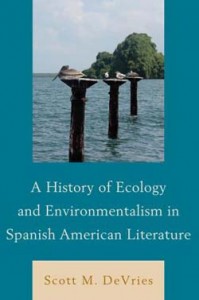 The passion for reading starts young as you beg your mom or dad to buy that one or that one, oh, and the one over there! And every time you go to the library it feels like Christmas. That passion will more often than not grow into lifelong readership, one that takes you on thousands of journeys and provides quite the insight into humanity and knowledge.

Digging through the Press database, I discovered several works bringing me back to childhood and that appetite for books has stayed with me all these years. November 10 is Young Reader’s Day and to celebrate those passionate youths, I present to you several Bucknell University Press published works:

The Raven and the Lark by Barbara L. Estrin, an insight into the uses and implications of foundling plots in the English Renaissance; The Skeleton in the Wardrobe by David Holbrook, a critique on C.S. Lewis’s unconscious; and The Garden with Seven Gates by Concha Castroviejo, a collection of 15 stories featuring children protagonists.

The Raven and the Lark

The Raven and the Lark is the first book to survey the multiple uses of foundling plots and their implications for the English Renaissance. Describing why the period produced so many stories about children without a childhood and how the plots appeal to so many Renaissance writers, Barbara L. Estrin opens this study with three chapters that discuss classical, biblical, and contemporary sources. She then analyzes works by Malory, Spenser, Sidney and Shakespeare.

As a literary formula the theme offers several possible worlds–in the lost interlude an occasion to affirm the mimetic family and praise art; in the necessary finding an opportunity to rejoice in the dynastic future and praise nature. The Raven and the Lark isolates the foundling theme in the major literature of the Renaissance and defines how writers used it both as a frame for narrative direction and a vehicle for poetic exploration.

The Skeleton in the Wardrobe

The “Narnia” stories of C.S. Lewis are widely popular and are believed by many to be renderings of important Christian truths. In church magazines, one may find bishops urging parents to introduce their children to Aslan and the allegorical mythology of Narnia.

When David Holbrook began to read the Narnia books to his children, however, he came to feel that there was something wrong with them. He set out to justify this feeling, prompted by learning that some people won’t give them to children, including a psychotherapist who said they were “full of hate.” Turning from psychoanalytical insight to symbolism, he was puzzled by many questions: What is the significance of the White Witch who blights the land? And how is it that the solutions to all problems turn out to be aggressive ones? It is possible, Holbrook contends, to see in the topography and drama of the Narnia books a very different meaning from that which is commonly suggested.

The Skeleton in the Wardrobe shows the stories to be enactments of a private mythology of Lewis’s unconscious. Lewis believed quite literally that the world hung between conflicting demons and angels, and he urges his reader to give assent to these realities, or perish. But, Holbrook asks, is this any less dangerous than fundamentalism, and does it not lead to strangely irrational conclusions? Holbrook shows convincingly that there are serious doubts about the “message” of the Narnia books, despite the didactic intentions and the conscious benignity.

The Garden with Seven Gates

This collection of fourteen stories and one mini-drama features children protagonists, talking birds, and extraordinary occurrences. Like the tales of Charles Perrault and the brothers Grimm, they speak to fantasies and fears that are our constant companions in life, which means that although they are peopled with children protagonists, they are not for children alone. The introduction provides background on Concha Castroviejo and considers her production of juvenile literature in mid-twentieth-century Spain and in relation to authors like Elizabeth Mulder and María Luisa Gefaell; it then takes up themes in the book and discusses them.