Since 1976, February has been designated as Black History Month in the United States (as well as other countries, like Canada and the UK). The month was chosen due to the fact that it coincides with the birthdays of both Abraham Lincoln and Frederick Douglass, two important abolitionists. Far from just celebrating the end of slavery, Black History Month emphasizes the too-often neglected accomplishments of black Americans and black culture. It is a recognition of the significant leaders, activists, moments, and achievements related to black history.

The Griot Project Book Series, published in conjunction with Bucknell’s Griot Institute for Africana Studies, produces books related to black history, focusing on scholarly monographs and creative works devoted to the interdisciplinary exploration of the aesthetic, artistic, and cultural products and intellectual currents of historical and contemporary African America and of the African diaspora, using narrative as a thematic and theoretical framework for the selection and execution of its projects.

Please find below a list of some recent Griot publications, as well as other BUP books relevant to Black History Month. 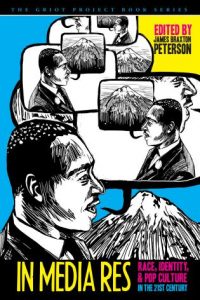 In Media Res is a manifold collection that reflects the intersectional qualities of university programming in the twenty-first century. Taking race, gender, and popular culture as its central thematic subjects, the volume collects academic essays, speeches, poems, and creative works that critically engage a wide range of issues, including American imperialism, racial and gender discrimination, the globalization of culture, and the limitations of our new multimedia world. This diverse assortment of works by scholars, activists, and artists models the complex ways that we must engage university students, faculty, staff, and administration in a moment where so many of us are confounded by the “in medias res” nature of our interface with the world in the current moment. Featuring contributions from Imani Perry, Michael Eric Dyson, Suheir Hammad, John Jennings, and Adam Mansbach, In Media Res is a primer for academic inquiry into popular culture; American studies; critical media literacy; women, gender, and sexuality studies; and Africana studies. 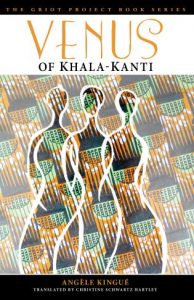 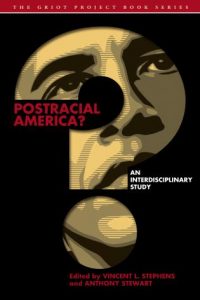 The concept of a “postracial” America—the dream of a nation beyond race—has attracted much attention over the course of the presidency of Barack Obama, suggesting that this idea is peculiar to the contemporary moment alone. Postracial America?: An Interdisciplinary Study attempts to broaden the application of this idea by situating it in contexts that demonstrate how the idea of the postracial has been with America since its founding and will continue to be long after the Obama administration’s term ends. The chapters in this volume explore the idea of the postracial in the United States through a variety of critical lenses, including film studies; literature; aesthetics and conceptual thinking; politics; media representations; race in relation to gender, identity, and sexuality; and personal experiences. Through this diverse interdisciplinary exploration, this collection skeptically weighs the implications of holding up a postracial culture as an admirable goal for the United States.

4.) Don’t Whisper Too Much and Portrait of a Young Artiste from Bona Mbella (By Frieda Ekotto) 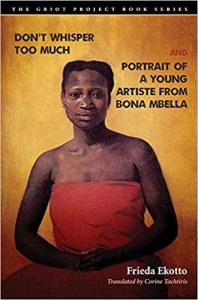 Don’t Whisper Too Much was the first work of fiction by an African writer to present love stories between African women in a positive light. Bona Mbella is the second. In presenting the emotional and romantic lives of gay, African women, Ekotto comments upon larger issues that affect these women, including Africa as a post-colonial space, the circulation of knowledge, and the question of who writes history. In recounting the beauty and complexity of relationships between women who love women, Ekotto inscribes these stories within African history, both past and present. Don’t Whisper Too Much follows young village girl Ada’s quest to write her story on her own terms, outside of heteronormative history. Bona Mbella focuses upon the life of a young woman from a poor neighborhood in an African megalopolis. And “Panè,” a love story, brings the many themes from Don’t Whisper Too Much and Bona Mbella together as it explores how emotional and sexual connections between women have the power to transform, even in the face of great humiliation and suffering. Each story in the collection addresses how female sexuality is often marked by violence, and yet is also a place for emotional connection, pleasure, and agency.

5.) Uniting Blacks in a Raceless Nation (By Miguel Arnedo-Gómez) 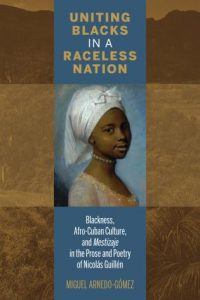 The Cuban writer Nicolás Guillén has traditionally been considered a poet of mestizaje, a term that, whilst denoting racial mixture, also refers to a homogenizing nationalist discourse that proclaims the harmonious nature of Cuban identity. Yet, many aspects of Guillén’s work enhance black Cuban and Afro-Cuban identities. Miguel Arnedo-Gómez explores this paradox in Guillén’s pre-Cuban Revolution writings, placing them alongside contemporaneous intellectual discourses that feigned adherence to the homogenizing ideology whilst upholding black interests. On the basis of links with these and other 1930s Cuban discourses, Arnedo-Gómez shows Guillén’s work to contain a message of black unity aimed at the black middle classes. Furthermore, against a tendency to seek a single authorial consciousness—be it mulatto or based on a North American construction of blackness—Guillén’s prose and poetry are also characterized as a struggle for a viable identity in a socio-culturally heterogeneous society.