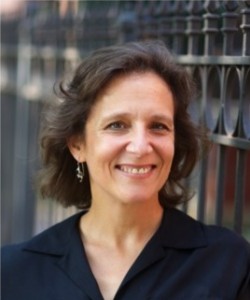 Priscilla Archibald’s new book, Imagining Modernity in the Andes (2011), deals with the intersection of projects of modernity and cultural representation in the Andes through the lens of Peruvian novelist and anthropologist Jose Maria Arguedas.  Her study charts the social, cultural, and intellectual transformations that took place in the Andes throughout the twentieth and early twenty-first centuries. Silvia Spitta, Professor of Spanish and Comparative Literature at Dartmouth College calls Archibald’s book “an outstanding work that will undoubtedly prove to be a major contribution to Andean studies,” and we enthusiastically agree.  Archibald, who has written extensively on Andean culture and is currently Associate Professor of Spanish at Roosevelt University, talks with us about her exciting project.

1. What initially attracted you to the Andes?

I read the first novel of José María Arguedas, Yawar fiesta, published in 1941. Arguedas was born and raised in a small town in the Andes – the original home of the Pre-Colombian Inca civilization, and though he was a Peruvian of Western racial origin, because of unusual circumstances he spoke mostly Quechua until the age of eight, and was intimately familiar with indigenous culture.  Consequently, he occupies a unique position within Andean society and possessed a unique understanding of Andean culture.  In Yawar fiesta Arguedas stages an encounter between traditional Andean culture and the modernizing culture of coastal Peru, which ultimately involves a conflict over the nature of national culture and modernization.  This deceptively simple novel draws the reader into the complex web of Andean social identities with great immediacy.  So compelling was this  introduction to the Andes that nearly twenty years later I found I was still writing and thinking about the Andean borderland.

2. What are some of the specific issues raised by a study of the Andean borderland?

During my initial year as a graduate student in Comparative Literature, I became fascinated with Latin American literature, not only because of the extraordinary talent of well-known writers such as Gabriel García Márquez, Jorge Luis Borges, and Juan Rulfo, among others, but also because this literature often contradicted the cultural norms which my studies in European and North American literary cultures had lead me to accept and expect. If Latin American literature is often unorthodox when judged by Western literary criteria, this is all the more true in the case of the Andes.  In addition to the formal and stylistic innovation for which Latin American literature has become known, the cultural conflict which developed out of the encounter of an oral Andean society and an increasingly textual Western society, raises doubts about certain assumptions regarding the social role of literature.  If in the West, literature has generally been attributed with democratizing potential, this is anything but the case in the Andes. While writing from the Andean region has expanded our idea of what counts as literature, it can also disrupt conventional disciplinary definitions.  Arguedas was a novelist and anthropologist, as well as a poet, cultural critic and scholar of pedagogy. His work and the work of other Andean writers is often profoundly interdisciplinary.

3.  How does interdisciplinarity figure in your own work?

Following many of the writers it analyzes, Imagining Modernity in the Andes is thoroughly interdisciplinary.  While the simple fact that my book is organized around the interpretation of texts rather than archival work or field work reflects my training as a literary critic, in addition to literature and cultural theory, the book moves between political theory, anthropology, film, and history.  This interdisciplinarity is not arbitrary or primarily informed by academic trends — though those trends made this approach more imaginable than it otherwise might have been.  Rather, it is a response to the nature of the subject matter which Imagining Modernity in the Andes deals with.  Because I focus on the relationship and conflicts between Western and non-Western cultures, where, among other issues, the encounter between textuality and orality is paramount, and because it can be difficult to classify Andean cultural production along strict disciplinary lines, disciplinary breadth and experimentation are essential.  Interdisciplinarity is a challenge, however, since most scholars (including myself) are usually trained in traditional academic disciplines.  I wrote this book with that challenge in mind.

4.  What appeal does Imagining Modernity in the Andes possess for scholars who deal with cultural and social contexts other than the Andes?

Many of the social and cultural issues dealt with in my book, as well as the theoretical concerns which emerge in a study of the Andes, are not particular to the Andean region, but are relevant to most scholars working on Latin America, where the colonial legacy, in one form or another and to different degrees is a always a factor to contend with.  Moreover, questions that are central to my book which deal with race, ethnicity, cultural heterogeneity and linguistic multiplicity, as well as political and cultural representation, are relevant to many if not most scholars who focus on post-colonial contexts.  Throughout the twentieth century Peru was transformed from a largely rural society to a predominantly urban one.  Following this historical trajectory, Imagining Modernity in the Andes deals with issues that are currently at the forefront of intellectual debate: migration, rapid urbanization and the economic and cultural informality which have become a prominent feature of cities in the Global South.

5.   What reading would you recommend for those interested in the Andes?

This is easy: Yawar fiesta.  While Arguedas has written many extraordinary books, his first novel still remains my favorite.  I would also recommend the story “El sueño del pongo,” translated into English as “The Pongo’s Dream.”  This is an indigenous oral tale which Arguedas transformed into a short story.   If a testament to the brutal legacy of colonialism in the Andes, it also displays the humor, transgression, and creativity that have sustained and motivated indigenous and mestizo Andeans for nearly five centuries.