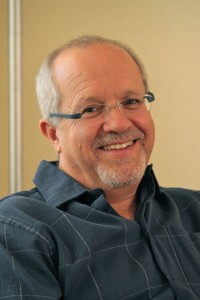 In a study that offers a lively account of eighteenth-century life through the perspective of one of its greatest eccentrics, Horace Walpole, George Haggerty opens a window onto both the history of masculinity in the eighteenth century and the codification of friendship as the preeminent value in Western culture.  Haggerty’s new book Horace Walpole’s Letters: Masculinity and Friendship in the Eighteenth Century (2011), argues that the letters are themselves one of the greatest literary accomplishments of the eighteenth century, and, in an interview with us, details why.  Distinguished Professor of English at University of California-Riverside and one of the most celebrated scholars in the fields of eighteenth-century and gay studies, Haggerty is the first author to publish in Bucknell’s exciting new series Transits: Literature, Thought & Culture 1650-1850.

1)  How did you begin this project? What sparked your interest in Horace Walpole?

I have been interested in Horace Walpole since my first class in Gothic literature, which I took as an undergraduate at the College of Holy Cross.  My first book (Gothic Fiction/Gothic Form) had a section on Walpole, as did Men in Love and Queer Gothic. The former of those two publications had quotations from Walpole’s correspondence with Thomas Gray, and  think I launched into the Walpole letters not long after finishing Men in Love in 1999.

2)  Your reading of Walpole’s letters emphasize his tendencies toward eccentricity and complexity.  What kind of man was he?

Walpole was an eccentric bachelor who lived his life by and through his many friends with whom he corresponded throughout the eighteenth century.  Walpole collected objects—both local English artifacts and those from Europe and farther afield.  He talks about these objects at length in his letters.  He also talks, of course, about his family—his father was Robert Walpole, England’s first prime minister—and about his friends; both their social and political concerns, their literary interests, their health, and their personal involvement with himself, his house—the famous Gothic country house, Strawberry Hill in Twickenham—and his family.  He also writes about his worries about his own experiences in the world, his sense of himself as a gentleman, the nature of his many friendships, and the characteristics that he and his many friends share.  In addition to reading voraciously and writing countless letters, he also traveled, at least early in his life, he studied painting and architecture, partly as the result of his own family collections in Houghton House, and writes about antiquarian interests.

3)  The text aims at recovering the letters as literary objects “in themselves.”  Can you say more about the methodology that drives this study?

In the past, Walpole’s letters have served as a repository of historical detail and intelligent responses to that detail.  The index prepared by the Yale editors, led by W. S. Lewis, mean that the collections was “searchable” even before the digital age.  My interest, however, lies in the letters themselves as an artifact, both individually—some of the individual letters could be classed among the best letters to have been written in our language—and as a whole—Walpole’s collection stands alone as a literary accomplishment of the highest order.  In this study, I try to look at the individual letters and the collection of letters—the Correspondence—in this way.

4)  How does Walpole’s sense of friendship distinguish him from other copious eighteenth-century letter writers: i.e., Alexander Pope, Samuel Johnson, Samuel Richardson?  How does this collection situate him within the eighteenth century republic of letters?

There is no other collection like Walpole’s, either in the eighteenth century or in any other time.  In the first place, Walpole was conscious of writing about his age, and several of his letters characterize the period between 1750 and 1800 as few historians have been able to do.  He writes in depth, moreover, about a range of topics that exceeds the range of interests of most other letter writers.  Finally, Walpole writes in a voice that is both more public and more private.  There is an uncanniness about his letters—even in ones that he clearly intended for publication—by means of which we are made to feel that we are overhearing the private thoughts of an intelligent and sensitive individual.  That’s why these letters are as addictive as they are.

5)  What do you mean by an “alternative masculinity,” and how are Walpole’s letters evidence of this?

Historians of sensibility and theorists of masculinity have written about the later eighteenth century as a complex age of transition for British masculinity.  Earlier in the century a libertine model was articulated as admirable even when feared.  By later in the century more lachrymose males were celebrated and at times held up for emulation.  Walpole displays in his letters a clearly articulated sense of masculinity that does not fit any of the models available at the time.  Sensitive and intelligent, politically alive and obsessed over decorative detail, wildly solipsistic and at the same time devoted to his friends, unmarried but deeply intimate with many of those close to him, both male and female, Walpole stands out as a special case, one that does not fit the molds we have for masculinity.  If we rush at Walpole with our own straight/gay dichotomy from the later twentieth century, we not only come up short but we distort the Walpole that we are trying to find.  The letter shows us a man who defies such categories—he clearly loves many of his male friends and there are women with whom he is intimate as well—and who establishes for himself what it is to be a man in a culture of radical change.  I try to take the opportunity of this study to look at what the figure in the letters creates for himself and for his readers.  The closer we can look at at that and the more carefully we can come to understand it, the more we will understand about masculinity in the eighteenth century.  Rather than imposing our own terms, that is, we will discover Walpole’s own terms for his personal eccentricity.  I think the results are exciting.

And so do we! Read more about Haggerty’s book here and here.