Begun by physicist Larry Shaw in 1988, Pi Day even became recognized by the U.S. House of Representatives in 2009 in a non-binding resolution. A day to talk about pi, eat pie, or throw pie, it’s celebrated worldwide, even here at the Press this year. Like the mathematical constant of pi, literature and the ideas expressed inside are never-ending.

Granville C. Henry’s Logos: Mathematics and Christian Theology discusses the influences of math and Christianity on each other while Henry’s Forms of Concrescence: Alfred North Whitehead’s Philosophy and Computer Programming Structures expands on the procedural understanding of mathematics in computing. 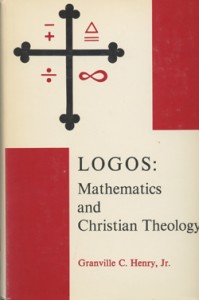 By the time Christianity came into being, Euclidean mathematics was a well-developed discipline in the Hellenized world. It had already affected the structures of Greek philosophical thought, and as Hebrew Yahwistic religion and its religious variant, Christianity, came in contact with Greek culture, the mathematical presuppositions associated with Greek mathematics began to influence developing theological doctrines. Concepts of word and wisdom in the traditions of biblical Christianity were modified and rationalized, resulting in untenable contradictions concerning the wisdom of Jesus, who was understood to be “the Word made flesh.” An understanding of the objectivity of mathematical structures and the indivisible nature of unity conditioned doctrines of the objectivity, unity, and immutability of God. The influence of Euclidean mathematics found its way to the heart of the critical problem of the relationship of faith and reason. 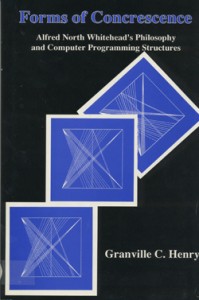 From Greek beginnings to contemporary expression, there have been two competing viewpoints of mathematical existence: a procedural one that understands mathematical objects to be created and a Platonic one that accepts eternal, unchanging, and primordial objects that are discovered. Typically, those who espouse a procedural understanding must also explain how mathematical structures are objective. And those who, like Alfred North Whitehead, maintain a Platonic view also must explain how these ideal objects are apprehended by the activities of reason. Whitehead’s progressive affirmation of the processive nature of mathematical and other eternal objects, introduced an aspect of incoherence into his philosophy. In this study, author Granville C. Henry reinterprets Whitehead’s philosophy by a procedural understanding of mathematics that is best expressed in the algorithmic languages of computer programs. The computing language chosen here is an expression of predicate logic called Prolog.

This work is presented under the guiding assumption that no previous knowledge of computing is required to understand the material.