South African poet Antjie Krog, author of Lady Anne: A Chronicle in Verse (Bucknell, 2017), will be coming to Bucknell September 19–20, during which time she will give a poetry reading and a lecture on social justice. In anticipation of her arrival, we would like to bring to our readers’ attention two other books we have published that touch on issues facing South Africa today.

Academic Freedom in a Democratic South Africa: Essays and Interviews on Higher Education and the Humanities
by John Higgins; forward by J.M. Coetzee 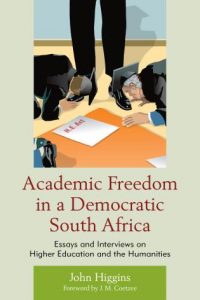 “Must universities starve themselves to death in order to stand up for their principles? Noted cultural critic John Higgins has written a book about much more than what Americans call ‘academic freedom.’ Taking up a perspective that is defiantly located ‘offshore,’ Higgins shows in brilliant and intriguing detail how the humanities in post-apartheid South Africa have suffered both from American-style corporate instrumentalism and from what he calls ‘applied nationalism’ and how much democracy stands to lose thereby. This is a world-scale contribution to the university’s never more than partially realized challenge of figuring out what cultural literacy should be and how it can be defended.”

Impossible Mourning: HIV/AIDS and Visuality After Apartheid
by Kylie Thomas 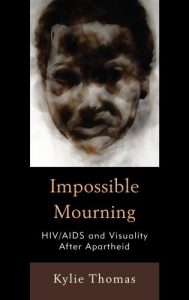 Impossible Mourning: HIV/AIDS and Visuality After Apartheid argues that while the HIV/AIDS epidemic has figured largely in public discourse in South Africa over the past ten years, particularly in debates about governance and constitutional rights post-apartheid, the experiences of people living with HIV for the most part remain invisible and the losses due to AIDS have gone publicly unmourned. This book engages with multiple forms of visual representation that work variously to compound, undo, and complicate the politics of loss.